The Role of Chromatography in Cannabis Testing 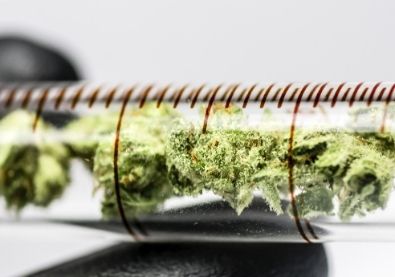 The use of cannabis in the U.S. is growing rapidly as more states legalize its usage. Because of the newfound success in the industry, cannabis is now subject to mandatory testing in many states to ensure consumer safety. The Farm Bill has also stated that any cannabinoid derived from hemp is legal if it is produced within the standards outlined in the bill based on federal and state regulations. Continue reading to better understand the role of chromatography in cannabis testing.

Reasons for Chromatography in Cannabis Testing

Cannabis products must be proven safe before they reach consumers. Cannabis testing uses chromatography to test for harmful contaminants, determine concentrations of tetrahydrocannabinol (THC) and cannabidiol (CBD), and identify cannabinoids. Cannabis grows from a plant, meaning that it can be susceptible to harmful pesticides used on crops. Chromatography can detect trace amounts of pesticides present in the cannabis plant. Growers, manufacturers, and retailers alike will also want their cannabis products tested for the potency or lack of potency of THC and CBD to provide better transparency to their customers and to know how to eventually market and price the product.

High-performance liquid chromatography (HPLC) is a common type used for potency tests and cannabinoid profiling, as it does not require heating for accurate content analysis. Gas chromatography (GC) is more common for pesticide screenings, as it can more accurately detect small traces of volatile compounds. Gas chromatography can also be used in tests such as cannabis terpene analysis, to identify strains of cannabis.

The role of chromatography in cannabis testing is to ensure the safety of cannabis products for human use. As the acceptance of cannabis as a legal drug grows, the need for extensive cannabinoid profiling, potency analyzation, and pesticide testing has grown as well. Researchers, growers, and analytical labs alike rely on chromatography consumables suppliers for analytical instruments that can give them effective and quick results on cannabis products.