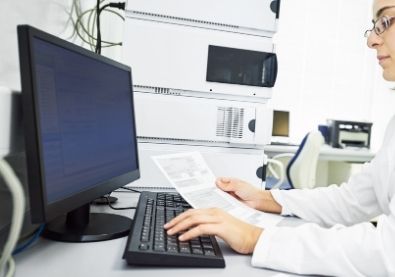 Improving the resolution of closely eluting sample components is a challenge that all chromatographers will face at one time or another. Several methods for changing peak resolution in HPLC include using the retention factor, selectivity, and column efficiency.

The retention factor can be adjusted to optimize retention by altering the mobile phase composition. For example, in reversed-phase HPLC, the organic component percentage in the mobile phase should be reduced to increase retention. The plate number provided by the separation column can be increased using a longer column, a column packed with smaller particles, or setting the column at an elevated temperature.

Most effectively, the relative retention of two components can be changed by altering one method parameter at a time, such as the type of organic solvent modifier used in the mobile phase (acetonitrile, methanol, tetrahydrofuran).

Selecting the right stationary and mobile phases make all the difference in achieving your chromatography runs' best selectivity.

More polar analytes are less retained than non-polar analytes in reversed-phase chromatography. Retention is roughly proportional to the hydrophobicity of the analytes. Therefore, analytes with large hydrophobic groups and longer alkyl chains will be more retained than molecules with polar groups in their structure. If you have a series of fatty acids, such as C12, C14, C16, and C18, the C12 would be the least retained, and the C18 would be the most retained.

Now, let's consider an approach to developing a reversed-phased chromatography method. First, you must choose the pore size to ensure the molecules penetrate the packing material and interact with the hydrophobic stationary phase within the pores.

Next, you must choose the stationary phase. Most start with a C18 phase initially. Depending on the goal of your method, conventional columns or fast analysis columns are common choices. Essentially, you should choose a phase that matches the requirements of the sample. When working with small hydrophobic molecules, a longer chain alkyl phase, such as C18, should be the first choice unless the retention is too strong. In this case, a shorter chain C8 or C3 phase will work. The C8 phases typically have similar selectivity to a C18 phase but show slightly lower retention. For very hydrophobic molecules, it is preferable to use a very short chain phase such as C3. If the analyte molecules have aromatic character and can't be sufficiently separated on an alkyl phase, an aromatic bonded phase such as phenyl or diphenyl could be used.

Lastly, you need to find the solvent or mixture that separates the substance of interest with the most significant distance to the adjacent components. Choosing a solvent from groups as far away from each other as possible on the selectivity triangle guarantees the highest selectivity difference.

In theory, one would use very long columns packed with smaller particles at elevated temperatures to maximize resolution. However, in practice, this results in longer run times. The typical approach by chromatographers is to balance the need for resolution with speed and system pressure limits. Therefore, the trend is to run smaller column lengths and smaller particle sizes at elevated temperatures, which balances resolution, speed, and backpressure. Chromatography consumables suppliers like Chrom Tech can provide all your consumable needs to maximize your peak resolution.